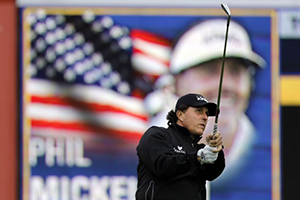 What an outstanding weekend at the PGA Championship. Many of the best players in the world were battling until dark on Sunday when Rory McIlroy captured his second consecutive major. A solo second finish for Phil Mickelson helped him lock up a spot on the Ryder Cup team. But not everyone who needed a strong performance in the PGA Championship did so, namely Tiger Woods. A week after withdrawing from the Bridgestone Invitational, Woods missed the cut after consecutive rounds of 3-over 74.When asked about Tiger Woods immediately following the PGA Championship, Tom Watson said that if Woods is healthy in three weeks and is playing better golf, he would pick him using a captain’s pick. He also said that right now the biggest concern with Woods is his health and that he’ll have frequent communication over the next few weeks with Woods and many other players trying to make the team. Below are the 2014 Ryder Cup points standings for Team USA, updated August 10th following the conclusion of the PGA Championship, the last event to automatically qualify for the team. Tom Watson has three captain’s picks to use between now and September. With how play has progressed since the last standings we shared, would you pick Tiger Woods? Who would your three captain’s picks be?