Knowing the Technical Terms can Help Your Understanding of the Game. 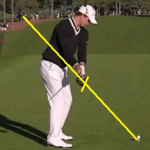 Have you ever watched a round of golf on television and heard the announcer say things like “he really swung with a negative attack angle,” or “he is using a lower bounce wedge this week?” Much of what is said when analyzing amateur and professional golfers is very technical and can often be confusing without the proper explanation. In this post, we look at 8 common golf analysis terms that are commonly used and many times misunderstood by the ordinary golfer.

Club path is a comparison of the club head’s direction to the target line at impact. This is often thought of as hitting the ball “out-to-in” or “in-to-out.” The relationship between the club path, club face, and target line are a large determinant in the direction and shape of your ball flight.

In the first Missbusters infographic, we examined one of the most common misses in golf, the slice. Specifically, we looked at the club path of many amateurs hitting a slice caused by an “out-to-in” swing. Be sure to check out the infographic for great details on the impact the club path has on the direction of the ball flight, as well as some drills to fight one of the most common misses we see at GolfTEC. 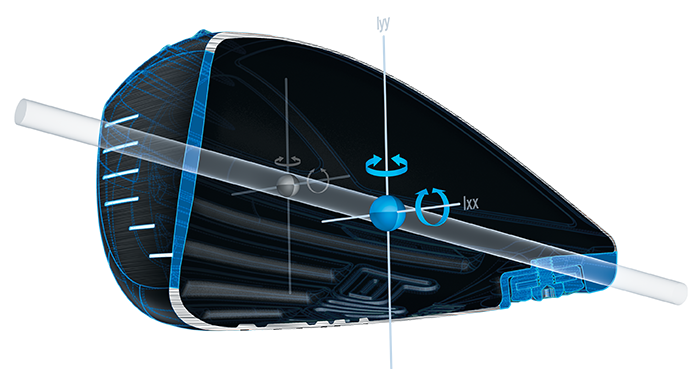 Center of gravity is defined as the point in a golf club head where all of the points of balance intersect. Horizontal CG position primarily impacts launch angle, while vertical CG position primarily impacts spin rates. Here is an illustration of the CG on the Ping G30 Driver. Most club manufacturers position the CG point in the optimal place to reduce the amount of movement, either open or closed, at impact during the golf swing. Today many drivers feature adjustable weights, lofts, and lies that give the golfer the flexibility to adjust the CG position to fit his or her game. For additional information on how the center of gravity affects the golf shot, here is a great article from About Sports.

Club head speed is defined as the linear speed of the club head’s center of gravity when it first contacts the golf ball. It plays a major role in determining a golfer’s potential distance with each club – More club speed equals more potential distance. Data collected on GolfTEC’s Foresight GC2 simulator shows that by adding 1 mile-per-hour of club speed, distance can increase by nearly 4 yards (keeping all other variables the same, such as spin and attack angle).

As opposed to the static loft of a club, dynamic loft is the amount of loft on the club face at impact relative to the ground. Many different variables affect the dynamic loft of a given shot, including the attack angle, the swing’s follow through, the club path, and how well the ball is struck.

It’s important to create the proper dynamic loft for an individual golfer, as it will change based on the specific club speed and impact the overall trajectory and carry of the shot. If you have too much dynamic loft the ball will fly too high and reduce your total distance for each shot. But if the dynamic loft is too low, the ball might roll excessively, making it much more difficult to judge and control your distances club to club.

Similar to dynamic loft, the spin rate of a shot can have a major influence on how high and how far a given shot travels. Simply defined, the spin rate is how many revolutions-per-minute (RPM’s) the golf ball carries immediately after impact with the club. Higher lofted clubs often will create more spin (more RPM’s) than clubs with less loft.
Spin Loft

A term that will likely be used more frequently in the future is spin loft. Simply put, spin loft is the difference between the angle of attack and the dynamic loft. As the spin loft number increases, the amount of spin increases. However, changing the angle of attack will not change the spin unless the difference between the dynamic loft and attack angle changes. If you are hoping to increase spin with your golf shots, we would recommend evaluating your entire game before focusing on a metric like spin loft as there are likely easier ways to achieve your goal.

Be sure to look at the additional drills and golf resources we have available on the GolfTEC Blog. If you are interested in seeing what any of your specific angles, club head speeds, or spin rates are, talk to a GolfTEC Coach today and don’t wait to start playing the best golf of your life!