Learn The Ins and Outs of the Unique Format Tournament

Every two years, professional golf shifts its focus from individual competition to team competition in the Ryder Cup. The United States versus Europe. Players not only represent themselves, but their countries. Leading up to the 1987 Ryder Cup, Tom Kite said, “This has nothing to do with money. It’s bigger than that. This is playing for Uncle Sam, and Sam expects a lot.” For many years, the United States dominated the event. However, since 1985 Team Europe has won twice as many times as Team USA, winning 8 and halving 1 of the 13 Ryder Cups.

This compelling and emotional event is unlike any other and thus the format doesn’t follow that of a typical PGA tournament. The competition lasts for three total days with matches played in two different formats the first two days and twelve singles matches played on the final day. All matches are played under Match Play rules, so the winner of each match is determined by the number of holes won, not the total score. The names and formats of the matches can be confusing. Below are the schedules and explanations for the three days of competition.

This is the Ryder Cup’s alternate shot match. Two players per team compete against two other golfers and each team plays only one ball. The players on each team play alternate shots (player A hits the tee shot, player B hits the second shot, etc.) until the hole is completed. Players alternate playing the tee shots, with one team member playing the tee shots on odd holes and the other playing tee shots on even holes. The team with the lowest score wins the hole and halve (or tie) all holes with the same score.

Essentially a two-person best ball, Fourball is a match in which each member of the team member plays their own ball. Teams consist of two players and the Ryder Cup features four groups of two-man teams. Four balls are in play on each hole, one for each player and the team whose player has the lowest score on that hole wins the hole. If no team has a winning score, the hole is halved.

*Note – the schedule of the event may change and cause Fourball to be played in the morning rather than the afternoon for the first two days. 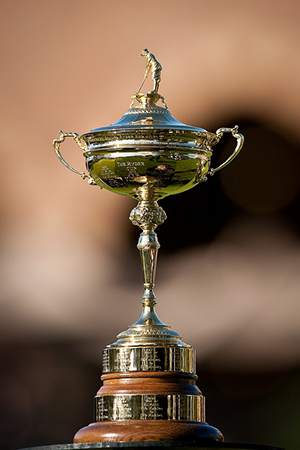 Pairings are determined after each Team Captain independently submits the order of play for his team to the tournament official. The lists from each team are then matched, thereby creating the pairings for the match. There are 28 total matches played during the competition.

The winner of each match score a point for his team, with ½ point each for any match tied after 18 holes. The winning team is determined by cumulative total points. To win the Ryder Cup outright, the team must reach 14 ½ points. In the event that both teams finish with 14 points each, the Ryder Cup is retained by the team who held it before the contest.

It’s fun to play a version of the Ryder Cup format at your local club and fosters friendly competition. Want to be prepared for all of your matches? GolfTEC can help! Contact a coach to learn more and start playing better golf today!