Use this Time to Maximize your Potential 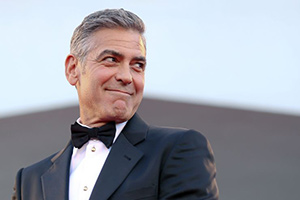 Like scotch, wine, fine cheese and George Clooney, some things just get better with age. As for your golf game, or specifically, taking an extended break from your game … not so much. It takes hard work, dedication and consistency to maintain or improve, which is why you’ve already taken the proper steps with your GolfTEC Certified Personal Coach to Attack Your Game in 2015 with Training Camp. But how else can we make good on your ambitious resolution that this is the year your game finally reaches the next level?

Just what you wanted to hear after 300 holiday cookies and enough stuffing to feed a football team, but it’s true – a golf specific workout, and flexibility exercises like these, will yield increased strength and range of motion to aid the goals you’ve set for your game.

It’s no coincidence that virtually all of the world’s best players have a fitness regime, and after nine years of coaching college golf with set conditioning programs, I can attest there’s a noticeable benefit, both physically and mentally, to conditioning on a consistent basis.

Physically, because within just a few months of the correct exercises, you can increase flexibility and create the strength needed to hit the positions you’ve been working on, with stability.

Mentally, because after proving in the gym you DO have the fortitude to stay with the program and hit that last rep with confidence, your mental strength will follow suit after that triple bogey on the course, or when you’re a shot back with two to play for the club championship.

2. Create SMART Goals and Write them Down

What are SMART goals, you ask?

Specific, Measurable, Attainable, Relevant, Time-Based goals that will help you quantify and track detailed progress throughout the season.

For example, a simple goal of “Hit more greens in regulation” is a great thing to work toward, but isn’t specific enough in designation because it’s not measurable. It may be attainable and realistic, but by when would you want to measure the success of this, and how many more greens do you realistically aim to hit per round?

A better goal in this regard would be, “Average three more greens in regulation per round by the end of July, compared to my 2014 season average.”

This goal meets all five elements of a SMART goal and allows you to track progress during various points en route to the goal’s deadline.

Make sense? So create your SMART goals and create them now! Then, once you have your goals and put them in a locked safe or tattoo on your arm (because who wouldn’t want a ‘Hit three more greens in regulation each round by July’ tattoo?), these goals become just another item on the to-do list that WILL be completed, just like grocery shopping or picking up the kids for soccer. 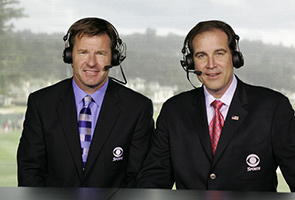 Well, if this isn’t the easiest thing in the world to do (that you’re already doing), we’d be hard pressed to find what it is. But, here’s the kicker: Watch, and really watch golf on TV. Pay attention to more than just bombed drives and holed putts.

Did you hear the announcer discuss course management when a player was in trouble? How does that relate to your game and the “I think I can thread the needle with this 4-iron” thought pattern? Notice the players in contention rarely miss greens on the short side and seem to get up and down with ease? And what kind of shots do they play around the greens anyways?

If you truly watch what the players are doing, and what the announcers (and caddies!) are saying, and then relate back to your own game, you’ll be amazed how much of a better, smarter golfer you’ll become, all from a better understanding of the game and how the best players play it.

Like the old saying goes, “No one likes a quitter.” Put more positively, lets just say that to reach your SMART goals that are now written down, stay with them through thick and thin. After all, golf is a game of ebbs and flows, birdies and bogeys, and nowhere is it written that improvement happens in a straight line.

The point? No, not the old adage “You have to get worse before you get better,” but rather with just a little resolve throughout the offseason and patience once the season rolls around, true determination to improve will come through in the long run. 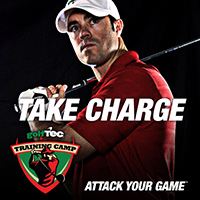 Sound like a plan? Unless you’re the George Clooney of golf (Fred Couples is pretty darn close), follow these steps and truly improve during the offseason! You’ll be healthier, more organized and relaxed, and have more belief in yourself for it. And you WILL accomplish your goals of better golf in 2015!

For more information on how GolfTEC Training Camp can jump start your offseason, visit www.GolfTEC.com/TrainingCamp or talk to a Certified Personal Coach today!