As seen on Golf Channel: Improve your putting distance control with a proper and consistent angle of attack 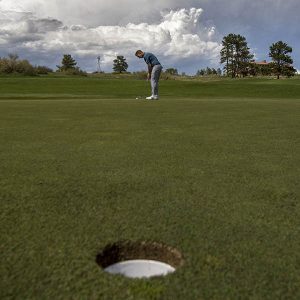 Putting is an art.

The ability to aptly read small undulations in the green, start the ball on the proper line and ensure it has the correct speed, after all, can require the acute touch of a masterful artist.

Putting, however, is also a science.

Especially when it comes to distance control, since blowing putts 6 feet past on one hole then 4 feet short on the next can often feel like an unsolvable math equation.

Sound familiar to your own triumphs and struggles on the green?

Well, here’s a component of your putting that, if improved, can help to combine the best of both the art and science: angle of attack.

The vertical measurement of how the club is moving through the ball at impact, angle of attack is just as important with the putter as it is with the driver.

Among other inconsistencies, a stroke that moves too downward into the ball can impart varied spin, and a stroke that’s too upward can create contact issues. Both can lead to lack of putting distance control, so let’s boil it down to a simple drill that can ensure your putting angle of attack is right on the money. 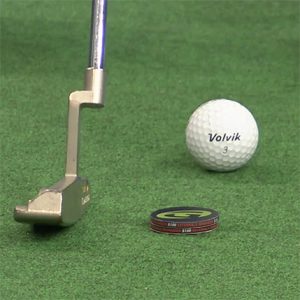 A general guideline for the putting stroke is to have the attack angle moving slightly upward at impact.

The Poker Chip Drill helps you do just that by stacking two poker chip ball markers and setting up to them as if the ball were there, then making a stroke while trying to clip off the top one only.

Once you get the hang of consistently knocking off the top marker, replace with a ball and start hitting putts with the same stroke. After a little practice, your improved attack angle should start helping with distance control and you’ll soon notice those frustrating three-putts are a thing of the past!

Check out the video below as Brad Skupaka demonstrates the Poker Chip Drill to aid your angle of attack and putting distance control, and see a GOLFTEC Coach for more help!