The official Rules of Golf have changed for 2019. Make sure you know all of the USGA & R&A’s amendments

You’ve seen the chatter. Especially with the likes of PGA Tour star, Bryson DeChambeau, creating an all-out media frenzy by putting with the flagstick in and dropping from knee-high level in what we could call an “artistic” fashion.

The flagstick is your friend. ?

It’s far from a secret that the official Rules of Golf changed on Jan. 1, 2019. After a healthy incubation period in 2018 and a lot of debate, the USGA and R&A concluded their mission to make golf simpler, while maintaining its integrity, was complete.

In essence, the 34 previous Rules of Golf were shortened to 24. As you can see from the below guide circulated by USGA and R&A, there are 20 rules they define as the most relevant to know.

Key Changes to the Rules of Golf
1 of 1

Some of the more impactful changes include reducing ball search time from five minutes to three, dropping from knee height instead of shoulder height and being allowed to putt with the flagstick in when on the putting green.

The general theme falls under an intention of operating under more logic, fairness and ease of comprehension regarding what became a complex set of parameters to follow.

With that context explained, take a look at the 2019 Rules of Golf changes in detail below, so you’re fully prepared next time you step onto the first tee.

Guide to the 2019 Rules of Golf Changes 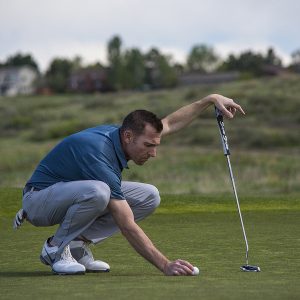 Areas of the Course

When to Play During a Round