As seen on Golf Channel: There’s a reason many golfers want to hit a draw – it can help lower your scores!

Playing a round of army golf (left-right-left) hardly ever produces Wall-of-Fame-worthy scores. Of course, neither does a consistent shot that slices into the right rough.

In fact, out of 50,000-plus GOLFTEC students polled on typical shot shape, those with “inconsistent” or “slice” patterns tend to shoot significantly higher scores than those with a “draw” pattern. So, feel free to “draw” your own conclusions if you wonder why we often talk about the importance of drawing the golf ball. 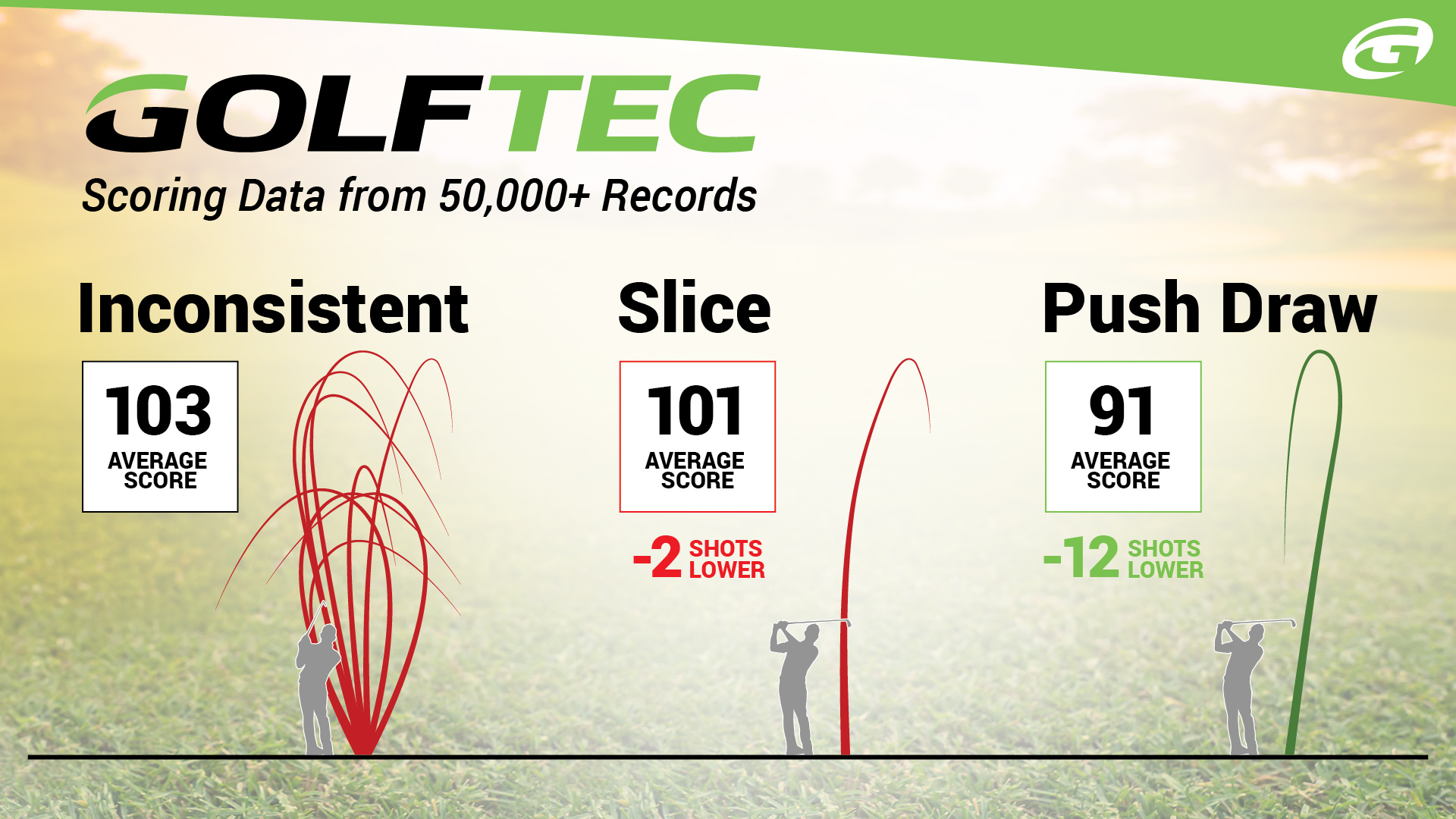 How to draw your golf shots

As illustrated in our piece about golf ball flight laws, the relationship between clubface and swing path has everything to do with how your ball flies.

An important variable in this manner leading to those desirable push draw shots – shots that start to the right of the target and curve left – is the movement of the lead wrist.

For golfers that slice, the lead wrist often cups, or extends, in the backswing, which opens the clubface in comparison to swing path. So by learning to do the opposite – bowing, or flexing, the lead wrist in the backswing – the clubface turns more closed to swing path and is encouraged to remain that way through impact – the core component to hitting shots that draw.

GOLFTEC’s Patrick Nuber visited Golf Channel to discuss an effective starting point to consistently draw the ball, so take a look at the video below and talk to a GOLFTEC Coach who can help further!