As seen on Golf Channel: Start hitting more consistent irons by maintaining a steady head in your backswing 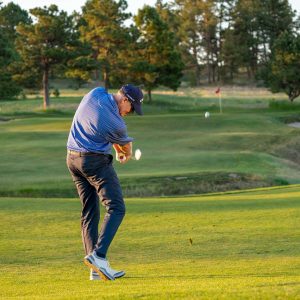 We’ve talked about those chunky iron shots that send the turf down the fairway with your ball. But what about shots that are struck just a bit heavy?

Maybe they don’t dig up embarrassingly giant swaths of earth, but a slightly fat shot that flies into the face of a bunker or barely doesn’t carry the water in front of the green can be equally as frustrating.

So, how can you turn those fat shots into pure strikes that fly the full distance you’re planning for? By maintaining a steady head.

Keep your head in the game

One of the main reasons golfers hit fat shots is due to the head and upper body moving too far away from the target in the backswing.

This tends to keep the upper body positioned too far away from the target in the downswing and bent forward toward the ground, which results in the club bottoming out too early and hitting the ground before the ball.

The best ball strikers often do the opposite – maintain a steady head position throughout the swing – which helps limit the forward bend of the upper body and encourage the club’s low point to occur ahead of the ball. The ball-first contact this move elicits is a must-have for solid, consistent iron shots. 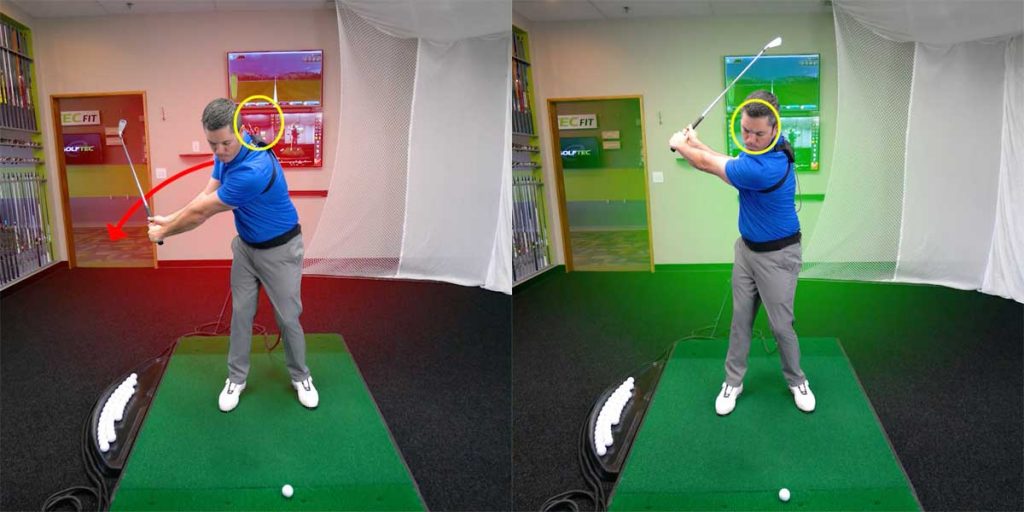 Patrick Nuber stopped by Golf Channel’s Morning Drive with a drill to help steady your head and refrain your upper body from bending too far toward the ground in the backswing.

It can be accomplished simply in the following manner: 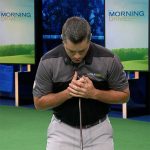 1. Take your setup position while holding an iron by the clubhead, with its shaft pointing straight down toward the ground.

2. Turn back like you’re making a backswing and make sure the club maintains the same perpendicular position to your chest as in the setup.

3. At the top of your backswing, your goal is to have the shaft at a parallel position to the ground. This indicates your head has remained steady and upper body isn’t bent too far forward toward the ground. 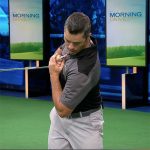 4. Do this a few more times, then grab the club as you normally would and take some practice swings instituting the same feeling.

5. Once you successfully make practice swings like this – meaning your head is remaining steady and upper body isn’t bent down toward the ground at the top of your backswing – it’s time to hit a few shots. Start slow and steady at first, then add speed until you can accomplish the task with full shots.

You’ll soon see that your newly ingrained backswing has eliminated most of those heavy shots, and has been replaced by consistently solid strikes and that ball-first contact we all desire!

Patrick Nuber demonstrates a drill to maintain a steady head in the backswing for more solid and consistent irons.