As seen on Golf Channel: Unless you bomb it like the pros, you NEED to replace your long irons with hybrids 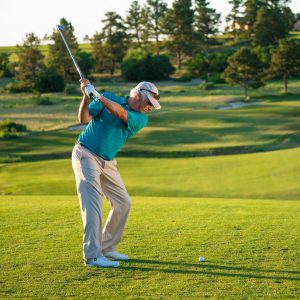 Many amateurs want to emulate the pros. We model their swings, we wear their clothes, we buy their clubs.

However, while we can all wear a boardroom-ready button-up like Phil Mickelson, we can’t expect to hit a 3-iron like him.

If you ever peek inside a Tour pro’s bag, you’ll find a few clubs that you wouldn’t see in a typical high-handicapper’s. We’re talking about those beautiful, but hard-to-hit long irons.

Say so long to your long irons

There was a time when the only options for lengthy approach shots were intimidating-looking long irons, with little to no offset. While those butter-knife-like 2- and 3-irons can be hit with proficiency by the pros, most golfers can’t strike them consistently or with enough spin to hold the green once the ball lands.

The extra roll-out part of this equation alone makes many dread a long iron shot, considering the simple physics at work of most golfers having too little swing speed to yield ideal launch and spin.

When a player with low to average swing speed hits a 4- or 5-iron, for example, the shot’s apex, or maximum height in the air, is often much lower than a player with high swing speed. A lower apex makes the ball’s descent angle, or angle at which the ball hits the ground, shallower than a shot with a higher apex. When coupled with less backspin created by those with less-than-desirable swing speed, the result is a ball that bounces firmly and rolls well forward once it hits the ground.

Hybrids are the way to go 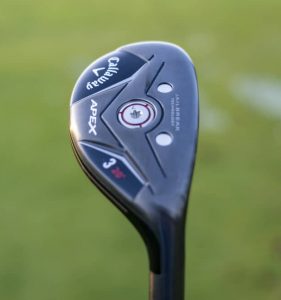 Thanks to significant advancements in golf equipment over the past 15 years or so, hybrids have become popular offerings from all major club manufacturers. The design of hybrids not only helps you escape thick rough and launch the ball higher with more spin, but a larger sweet spot also makes them more forgiving than most long irons.

Ultimately, as you launch shots higher and the ball lands at a steeper angle, it stops quicker and your ability to hold that same green not possible with your 4-iron increases greatly.

To each their own equipment

Even though we encourage amateurs to look to pros like Rory McIlroy and Justin Thomas for golf swing fundamental references, it’s an entirely different game when it comes to equipment. So, if you’re still lugging around anything longer than a 5-iron and can’t hit your driver 300 yards, it’s probably time to find a certified fitter at GOLFTEC and put a hybrid in your bag!

Nick Clearwater compares differences in ball flight between long irons and hybrids, and explains how having the right equipment can help your game.